Malaysia To Allow Import And Use Of Cannabis For Medicinal Purposes

KUALA LUMPUR– Malaysia will allow the import and use of cannabis for medicinal purposes if the products comply with government regulations, Bloomberg reports, citing Health Minister Khairy Jamaluddin.

Medical cannabis for medical treatments will require a prescription and by a registered medical practitioner or licensed pharmacist, Khairy said in a written response to parliamentary questions Tuesday according to Bloomberg. 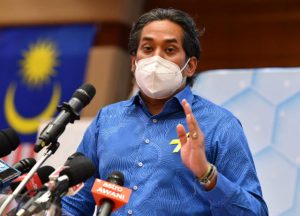 Cannabis Products must be registered with the country’s Drug Control Authority, and importers are required to have licenses and import permits.

Mr Khairy said that their current laws – the Dangerous Drugs Act 1952, Poisons Act 1952 and the Sale of Drugs Act 1952 – do not prohibit the use of products containing cannabis for medicinal purposes according to reporting from CNA.

Sellers with sufficient scientific evidence to use cannabis for medicinal purposes will be evaluated by the Drug Control Authority in order for it to be marketed in Malaysia, Khairy said.

On approval, Malaysia would follow such countries as Thailand, Canada and Uruguay in permitting cannabis for medical use. A majority of U.S. states also allow it.

SALT LAKE CITY – (NORML)– The legalization of cananbis is associated with improvements in police clearance rates for multiple types of violent crimes, according to data published online ahead of print in The International Journal of Drug ...

LOS ANGELES- C3 Industries , a multi-state, vertically integrated cannabis company with headquarters in Ann Arbor, MI, has announced the launch of its new 15,000 square foot manufacturing facility in St. Louis, Missouri, which is expected to ...

US Government Provides Financial Grants For Research Into Psilocybin

WASHINGTON, D.C.– The US federal government has granted researchers studying the therapeutic potential of psychedelic medicine for the first time in 50 years. Indeed, the NIH was a major funder of the early research that ...