COSTA RICA- Costa Rican legislators have agreed that farmers can now grow cannabis for medical purposes.  The law passed by the Costa Rican parliament, allowing cannabis cultivation, was approved Thursday, 13th January, with the support of 29 deputies, and with 10 deputies against.

The new law aims to regulate and authorize access to cannabis and its derivatives for medical and therapeutic purposes alone.

It also allows for the production, industrialization, and commercialization of hemp for industrial and food uses.

It also aims to promote economic and social development in Costa Rica’s rural communities by promoting the cultivation, industrialization, and sale of hemp and psychoactive cannabis for medicinal and therapeutic purposes, as well as product derivatives. 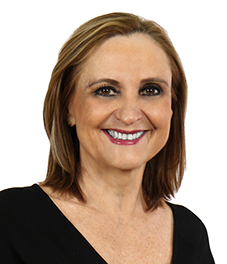 Zoila Rosa Volio Pacheco, the law’s main promoter, highlighted that the initiative’s passage will usher in a new era, and an end to the failed War on Drugs. A ”War” that has blighted countries across Latin America.

Now, the only remaining obstacle is for Costa Rica’s skeptical president, Carlos Alvarado, to sign the law.

The bill isn’t a done deal yet. The president is on record as being against the law.

Reporting from QCostaRica.com states that the Minister of Communications, Agustín Castro, stated that there is still no final position on the initiative.

According to Castro, this plan will be submitted to the same analysis as any other bill approved in the Costa Rican Legislative Assembly.

“There is no definitive decision on this issue, one way or the other,” Castro said in a press statement.

However, supporters feel the bill will eventually be signed into law.

Much of the arguments in favor of the bill were around the need to support small farmers.

Licensed producers will have to register with the State and provide extensive information to the authorities about their activities. The Ministry of Agriculture (MAG) will be in charge of regulating the hemp market and the Health Ministry, that of cannabis for medicinal and therapeutic use.

Costa Rica’s ministries of Health, Agriculture and the Costa Rican Institute on Drugs (ICD) will have powers of inspection and control over the licensed producers.

DENVER - Akerna (Nasdaq: KERN), an enterprise software company and the developer of the most comprehensive technology infrastructure, ecosystem, and compliance engine powering the global cannabis industry, announced the appointment of the Company's current COO, ...

CHESANING, Mich. - Six Labs, a Michigan-licensed cultivator, announced that it is continuing to expand its Michigan portfolio of brands with the addition of Higgs's award-winning luxury cannabis brand. In addition to Michigan, Higgs is ...