Exclusive: A Realist’s Guide To Investing In Mexican Cannabis

VANCOUVER, B.C.–Knowing when and how to invest in the earliest stages of a newly regulated cannabis market is never easy. However, this can be especially true in a place like Mexico, where opaque political processes cast shadows that can be hard to step out of.

It is near impossible to gain a clear perspective on the forces at play in the world’s most powerful narco-state without honest, well-informed local sources. And despite the hyper-connectivity of our modern world, those are increasingly hard to come by.

You have probably read that it is now legal for adults to consume cannabis in Mexico.

Well, this is simply not true.

Although the new laws stipulate that adults can legally consume cannabis under a limited set of circumstances, the federal law that makes it illegal to consume cannabis was not struck down.

If you read closely, the approved legislation ultimately leaves the power of enforcement up to the discretion of police and other government departments, while also providing additional legal infrastructure for the surveillance, reporting, detaining, and/or fining of cannabis users.

This is one of the many points that have been used by critics within government to delay the process of putting any laws into action, with many aiming to postpone final approval and enforcement until at least after the next election, which is coming in June.

At this point, even those opposed to the obvious shortcomings of the proposed laws have started to prompt their approval with hopes of making alterations later, after legalization has been cemented into place.

Because who knows what kind of chances legalization will have under a new government, in a strictly Roman Catholic country, with a long track record of viewing cannabis users and farmers as ‘criminals’?

In fact, the enforcement of the new legislation has been put in the hands of the government department responsible for treating addiction. What type of legalization can consumers expect from this type of institutional context?

Regardless of the outcome, those aiming to do business in Mexico should know that legalization is not yet a sure bet and that one cannot base consumer potential on standard demographics alone. 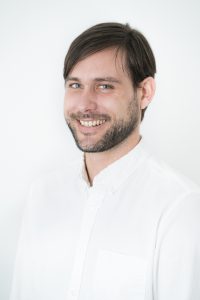 You have probably also read that adults are now free to grow 6 plants at home.

Although this would be technically true if the approved laws where enacted, there is some key information that has been left out of the story.

The new laws actually prevent citizens from consuming their homegrown outdoors while requiring costly modifications to homes that will keep smoke and the smell of fresh cannabis from bothering neighbors.

This means that home growers must register their household with the central government, and allow them to inspect their property at will.

This begs the question: In what world has the Mexican government earned the trust of its citizens enough to allow for inspections of private property at the discretion of a police force well known for extorting cannabis consumers, never mind growers?

So maybe hold off on investing in that chain of grow shops down south until we see some proof that the public will have the appetite to participate in a system that leads to a reduction in security in a country where security is already a scarce resource.

Big business or no business?

The business of cannabis agriculture/distribution in Mexico will be best suited for those with substantial financial backing and deep political connections, but even these types advantages may not be enough to securely turn a profit unless existing laws are drastically changed.

For reasons that we have already noted, the legal THC market within Mexico is not likely to take off anytime soon unless drastic changes to the proposed legal framework are made. So then what can legalization mean for Mexico in the broader scope of international trade?

Well as it stands, Mexico will not be producing THC products for export, choosing instead to focus on CBD production for foreign markets.

Unfortunately for anyone paying attention, the cost of CBD has plummeted to the point of being economically viable for many farmers in recent years.

Overproduction in places like the US, China and eastern europe have caused a global deflation in the price of purified CBD extracts that is not likely to see an end any time soon, with more countries foolishly jumping on a bandwagon to no-where.

Any way you look at it, large scale CBD focused agriculture is clearly a race to the bottom, fit only for the biggest players.

Why then has Mexico chosen to build an entire industry focused on CBD for export, when choosing to produce THC could have placed Mexico at the top of the global supply chain?

THC is what today’s market wants and THC is what Mexico has been incredibly successful producing for the past several hundred years.

So why did Mexico choose CBD as a focal point of their ‘blossoming’ legal industry?

The answer to this question is almost certainly: control.

Despite the fact that their income does not come from cannabis but rather primarily from other drugs like opium and fentanyl, everyone knows that in Mexico the world of THC is controlled by the narcos.

Yes, big businesses with international backing is understood by government insiders as being a necessary part of the equation that will make cannabis legalization politically viable in Mexico, but the question is at what cost?

According to the new regulations, the only legal seed in Mexico will be that which is already registered as legal seed stock in a foreign jurisdiction.

This law makes it easier for the central government to collaborate with foreign entities to control exactly who produces what without having to include or even acknowledge the farmers who currently grow for the narcos.

However, this also means that Mexico will not be able to take advantage of the acclimated THC producing genetics, expertise and manpower that is already available. All of this existing infrastructure is narco territory, and no existing government has the will or power to do anything about that. This is the reality and any person looking to play ball in Mexico should be aware of it.

Also, keep in mind that the department that will approve seed stock has never conducted this type of work before and is not likely to conduct it’s work in an unbiased manner. You can be sure that large agricultural and biotech firms partnered with Mexico’s political class will be best positioned to meet regulatory criteria and shake the right hands.

Meanwhile, you can expect the Mexican government to maintain a hard-line attitude towards cannabis users as ‘addicts’ and those working for the narco as ‘criminals’. And so the War On Drugs continues, with no end in sight.

Among Mexicans, the laws that have been approved are widely understood as favouring the wealthy and their large transnational partners while leaving the interests of the narcos untouched, but the rest of the world seems to have been fed a very different story.

In the eyes of this author, these laws should not be cast as being written to combat narco interests, protect the consumer or the impoverished cannabis farmer who works out of necessity for the narco.

Making it seem as if these laws point towards a more stable, equitable and productive Mexican society, with diminishing narco influence is simply not the way things are looking on the ground. The world needs to be aware of this.

No, for those who are living this ‘historic change’ in the flesh, it feels like business as usual. And investors should be prepared to swim with the current if they intend to stay afloat.

The author, Mr. Adolfo Gonzalez, is the founder of CannaReps, a cannabis education and training company. Cannareps have over 20 years experience in cannabis, both as activists, researchers, growers, dispensary operators, and brand ambassadors.  Their flagship training program, Cannabis Sommelier Course, was the first of its kind in Canada.