DETROIT – Recreational Cannabis has taken off in Michigan with the legal cannabis market being forecast to exceed $3 billion in value comprising a projected 4 million customers by 2023. Michigan’s Marijuana Regulatory Agency director Andrew Brisbo, who was quoted on a recent episode of the Four20Post podcast and reported by The Social Revolution, an information and advocacy group in cannabis. 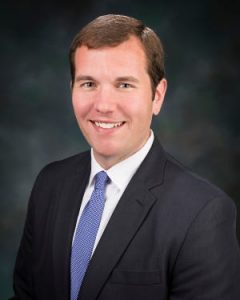 “We have estimates in our economic analysis that are more based on population and surveys from anticipated consumers and models from more mature states like Colorado,” Brisbo said. “The number of potential and likely adult use consumers in Michigan is … close to the four million mark.”

Which would represent a market universe of about half the adult population in the state.

Brisbo added though the projections are always difficult in a new market, admitting that the market fell short of initial projections, which suggested the state’s cannabis market $1 billion by year’s end.

“We are not going to make a billion (dollars) this year,” Brisbo said. “We’ll get well over a billion next year. I don’t think we’ll have any challenge there.”

SALT LAKE CITY – (NORML)– The legalization of cananbis is associated with improvements in police clearance rates for multiple types of violent crimes, according to data published online ahead of print in The International Journal of Drug ...

LOS ANGELES- C3 Industries , a multi-state, vertically integrated cannabis company with headquarters in Ann Arbor, MI, has announced the launch of its new 15,000 square foot manufacturing facility in St. Louis, Missouri, which is expected to ...

US Government Provides Financial Grants For Research Into Psilocybin

WASHINGTON, D.C.– The US federal government has granted researchers studying the therapeutic potential of psychedelic medicine for the first time in 50 years. Indeed, the NIH was a major funder of the early research that ...