OAKLAND– In response to Governor Newsom’s January 10  release of the 2022 California state budget – in which he and his Administration promise tax reform and to better support California’s small licensed operators – a coalition of stakeholders representing the two populations most harmed by the War on Drugs plan to descend upon Sacramento’s Capitol steps on Thursday, January 13 for an 11AM #NODRUGWARV2 Rally and Press conference.

“For 40+ years, Black and Brown people, as well as Emerald Triangle legacy farmers, were locked up and denied freedoms for the same activity that is enriching the purse strings of many cannabis corporations today,” stated activist and co-organizer Amber E. Senter of Supernova Women, a nonprofit that works to empower Black and Brown people to become self-sufficient shareholders in the cannabis space. “Not only has the State fallen short on its promise to right the wrongs inflicted upon minority communities by the War on Drugs, but it has also perpetuated regressive War on Drugs 2.0 policies through oppressive taxation, which has to end.” 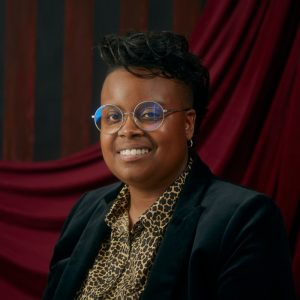 Organized by Supernova Women, which spearheaded the November 29, 2021 Oakland City Hall Rally and Press Conference following the vandalization and robberies of 15 licensed cannabis businesses, in tandem with the Origins Council, a nonprofit organization that represents and advocates for cannabis businesses in California’s historic farming regions, the #NODRUGWARV2 Rally and Press Conference highlights two actions that the California State Legislature must take before its July 1, 2022 budget deadline.  Supernova Women, Origins Council, and the 50+ operators expected to participate on January 13 ask for the repeal of the excise tax for equity retailers and the repeal of the cultivation tax for all growers across the state.

“Our legacy cannabis farmers are pioneers who deserve to be protected and exalted,” said Genine Coleman, executive director of the Origins Council.  “Thousands of small family-owned licensed cannabis farms across rural California are faced with a catastrophic collapse of the wholesale market, no pathway for direct to consumer sales, and in some cases tens of thousands of dollars in outstanding environmental compliance costs. Without the urgent elimination of the cultivation tax, we will see hundreds of these families abandoning their dreams, closing their farms, selling their land and leaving their beloved communities over this next year. Cannabis is the fifth most valuable crop in the U.S. according to a report by Leafly, and yet it remains the sole agricultural product in the nation taxed at cultivation.”

Johnny Casali, a multi-generational small farmer who was sentenced to 120 months in Federal Prison for growing this plant, added, “I used to sell our Huckleberry Hill Farm sungrown cannabis for around $1,400 a pound. Because of overproduction and the lack of market access, it has brought the value down to $3-400 per pound, depending on quality, and I’m paying 53% cultivation tax at $161.28 per pound. After the cost of production, I’m in the red. I hope that with this Rally, the legislators will see the small farmer as I do – as a rare, phenomenal group of hard-working, family farmers who worship the land, who are die-hard environmentalists, and who were taught by their parents and grandparents how to grow the best cannabis in the world with little to no carbon footprint. We are worth saving.”

“California needs to decide if it truly wants an inclusive cannabis industry, because Black and Brown businesses will not survive 2022 without tax relief,” explained dispensary owner Kika Keith.  “We don’t have the same access to capital and funding that our white counterparts do. We’re at a definite crossroads.”

The #NoDrugWarV2 Rally and Press Conference with Supernova Women and Origins Council is slated for Thursday, January 13, at 11am on the steps of the Capitol building, West side. Please arrive masked and prepared to employ best Covid 19 avoidance practices. Remote attendees may watch the Rally live via Facebook or Instagram.

Founded by Black and Brown women in 2015, Supernova Women is a 501(c)3 nonprofit organization that works to empower Black and Brown people to become self-sufficient shareholders in the cannabis and natural plant medicine space through education, advocacy, and network building. Learn more: supernovawomen.com and nodrugwarV2.com #NODRUGWARV2

DENVER - Akerna (Nasdaq: KERN), an enterprise software company and the developer of the most comprehensive technology infrastructure, ecosystem, and compliance engine powering the global cannabis industry, announced the appointment of the Company's current COO, ...

CHESANING, Mich. - Six Labs, a Michigan-licensed cultivator, announced that it is continuing to expand its Michigan portfolio of brands with the addition of Higgs's award-winning luxury cannabis brand. In addition to Michigan, Higgs is ...