HCN Investigates – Oceania, which comprises Australia, New Zealand, and the surrounding islands, is expected to embrace both medical and recreational cannabis in the near future. According to cannabis analytics firm Prohibition Partners, the Oceanian cannabis market may reach $1.55 billion by 2024. Even at this size, the cannabis market in Oceania would remain one of the world’s smallest, but investors are still keen to capitalize on emerging medical and recreational markets in Australia, New Zealand, and beyond. 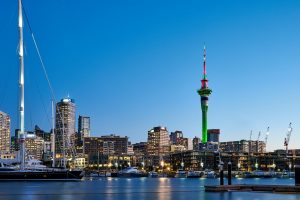 Medical marijuana is available throughout Australia and New Zealand with the other parts of Oceania, including Melanesia, Polynesia, and Micronesia, having less favorable stances toward cannabis. Each Australian state and territory has its own medical cannabis laws, and recently, the Australian Capital Territory (ACT), which contains Canberra, this nation’s capital, legalized recreational marijuana use for adults over the age of 18.

New Zealand legalized medical marijuana in 2019, and this island nation to the east of Australia took a vote on country-wide recreational marijuana in September. While this public referendum did not pass, future referendums are expected to succeed. Notably, New Zealand’s failed recreational cannabis legislation featured social equity measures intended to increase the Maori voice in this nation’s cannabis industry.

While legislators in Australia continue to push for recreational cannabis legislation and federal medical marijuana reform, it is unclear when these efforts will bear fruit. In the meantime, Australian cannabis producers are focusing heavily on state-specific and territory-specific markets in the hope that widespread popularity across the continent will spur desired evolutions within the industry.

The cannabis industry is growing at a slower pace outside of Australia and New Zealand. Melanesia, which includes New Guinea, the Solomon Islands, Fiji, and a variety of other small island territories and countries, generally observes cannabis prohibition. Illicit cannabis production is common throughout Polynesia, which includes Tahiti and numerous other tourist destinations, but despite the efforts of local politicians, cannabis remains illegal in this subregion.

In Micronesia, however, the story is slightly different. This portion of Oceania is home to Guam, a US territory home to nearly 170,000 people that benefits from the mainland’s stances on cannabis. Guam legalized recreational cannabis in April of 2019, but this chronically mismanaged island territory has failed to properly regulate the sale of legal weed. While it’s legal to grow and smoke cannabis in Guam, it isn’t yet legal to buy or sell recreational marijuana.

Guam aside, the primary focuses of cannabis investment in Oceania are Australia and New Zealand. Together, these two nations are home to nearly 30 million people, making their potential market size nearly the same as Canada’s. Like most countries in the West, both Australia and New Zealand are home to populations with reasonably progressive positions on cannabis, making them ripe targets for international investment.

Cultural trends that emerge in Oceania influence Chinese culture and the cultures of other major Asian nations, so some cannabis entrepreneurs and investors in the Australian and Kiwi spaces hope to use Oceania as a stepping stone to larger Asian markets. Only time will tell if this strategy will prove effective, but while we wait, the cannabis economy in Australia and New Zealand is off to a good start. 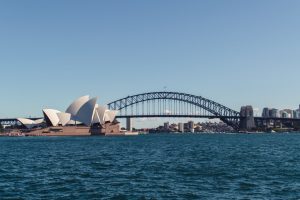 Despite the notable recent setback posed by New Zealand’s failed recreational cannabis referendum, optimism within the Oceanian cannabis industry remains high, and a few major players have risen to the top as the leaders of the Australian and Kiwi cannabis markets:

Instead, Rua Bioscience will remain one of the nation’s only medical marijuana producers as an integral part of a “medical cannabis industry association with about 30 members including labs and consultants, importers, manufacturers and cultivators.” Rua Bioscience raised $20 million NZD in an October IPO, and this company is now worth approximately $36 million NZD.

Founded in 2014, Cann Group is one of Australia’s oldest cannabis companies, and it is publicly traded with significant international investment. In October, however, Cann Group lost one of its largest investors when Canadian Aurora Cannabis sold its entire 11.84% stake. Aurora cited significant impairment losses as its reason for exiting, but Cann Group has indicated that its operations remain unaffected.

Publicly traded Althea is one of Australia’s largest medical cannabis providers. Althea largely attributes its impressive success to its recently launched Althea Concierge service, which allows patients to purchase medical marijuana products online that are delivered directly to their doors. In the era of COVID-19, this service caters to both fears of retail shopping and the increased rate of psychological conditions for which cannabis is marketed.

Zelira therapeutics, formerly known as Zelda therapeutics, takes a more pharmaceutical approach to the Australian cannabis market, and it announced its entry into the American CBD market in 2020. Keeping in line with this company’s indication-specific product offerings, Zelira recently launched HOPE, a line of autism-targeted cannabis products.

Based in Auckland, Helius Therapeutics is another member of the handful of companies that have received cannabis cultivation authorization from the New Zealand government. Undeterred by his nation’s recent rejection of recreational marijuana legislation, Helius co-founder Paul Manning recently stated that the “country’s nascent medicinal cannabis industry will continue to grow in importance – both in public health and economic terms.”

How is the Oceanian cannabis industry funded?

In Australia and New Zealand, the region’s aspiring cannabis companies have received investments from a variety of different sources. For further insight into the funding vehicles used in the Oceanian cannabis industry, we’ll continue to rely on insider information from Rua’s Manu Caddie.

A variety of Australian and Kiwi cannabis companies have listed IPOs, and in many cases, these offerings have been significantly oversubscribed. Investors from around the world are keen to capitalize on the opportunities opening up in Australia and especially New Zealand, which Manu tells us has a “population of similar size to Colorado, so that $2 billion recreational market is sometimes used as a comparator.”

While this may not be the case for any other cannabis companies in Australia or New Zealand, Manu relates that his company has experienced significant success with both local and national crowdfunding campaigns. He says that Rua “raised $1.5m in three days and then another $500,000 in six minutes when we opened up to the rest of the country online,” causing the crowdfunding platform to crash three times. Rua’s $2 million NZD cap was exceeded by over $3 million NZD with this initial national campaign.

As in most other regions, angel or private investors play a significant role within the Oceanian cannabis economy. Manu indicates that Rua attracted the interest of the owner of a “large horticultural producer” early on, and large, individual investors have also played a role in the development of Helius Therapeutics and other Oceanian cannabis companies.

Manu tells us that Rua has attracted investments from a “consortium of high net worth individuals” organized in an operational framework similar to that of a family office. The increased rate at which family offices are investing in cannabis companies around the world indicates that this trend is not limited to Rua Bioscience.

At least in the case of Rua Bioscience, ethical pension funds are starting to take an interest in the New Zealand medical cannabis industry. Focusing on socially positive and environmentally sustainable targets of investments, ethical pension funds have recently gained traction throughout Commonwealth countries as alternatives to standard, state-issued pensions.

While the cannabis industries in Australia and New Zealand are still relatively small, the number of Oceania residents gaining access to medical cannabis increases every day, and the legalization of recreational marijuana in Canberra has boosted the industry even further. By exporting products to the American, European, and Canadian markets, Australian cannabis producers gain access to additional sources of operating revenue, and despite the rejection of recreational legalization, positive sentiment toward medical marijuana in New Zealand continues to grow, driving sales and boosting operating revenue.

All Rights Reserved, Not to be reprinted or reused without express permission. Copyright: Highly Capitalized 2021