TORONTO– Some people are surprised to learn about the very existence of a publicly traded psychedelics market. We’ve been conditioned for generations, after all, to conflate benign psychedelic substances with dangerous narcotic drugs.

How is the psychedelics industry funded?

The psychedelics market remains highly speculative, but there’s a lot more to it than mere clinical trials and patents. Larger psychedelics operators usually already have clinics or retreats in place, generating revenue that can then be applied to research and other endeavors. Also, someone has to produce all the molecules that psychedelics companies are researching, providing rich opportunities for psychedelic compound producers.

Technology development, a major sector of the emerging psychedelics market, is not dependent on the approval of psychoactive substances for its expansion, resulting in a focus on the “tech” side of psychedelics biotech. On the investment side, individuals and groups around the world seem strongly intent on pouring as much money into psychedelic therapy as possible.

Why? Perhaps that’s a question for another time. Whether motivated by altruism, greed, or something in-between, investors have smelled blood in the water, and they’re piling in on psychedelics from every possible angle. 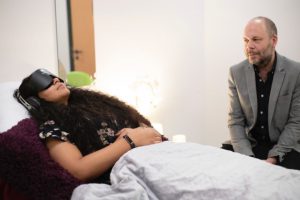 People around the world want to put their money to work in psychedelics, and they want to do it in lots of different ways. These days, anyone with Robinhood can sidle over to the NASDAQ and snap up all the best-performing psychedelics stocks. Canadian traders have access to an even vaster cornucopia of publicly traded purveyors of psychedelics.

Sometimes, psychedelic companies even invest in each other. Let’s untangle the complicated web of psychedelics investment:

Psychedelics operators announce Series A, Series B, and even Series C funding raises all the time. Notable celebrities have privately invested in psychedelic companies many times over. The shock value may have departed from private investment into the psychedelics industry, but this approach to funding remains an integral component of the industry’s financial operations.

Psychedelic-oriented VCs abound. These funds serve as vehicles for pouring capital into psychedelics projects they determine worthy, bypassing the messiness of the stock market but providing better backing than periodic rounds of investment.

Psychedelics stocks seem to have a vested interest in gobbling each other up. Atai made headlines recently, for instance, by taking what could be seen as a near-controlling stake in competitor Compass Pathways’ stock. With the advent of The Conscious Acquisition Company in February 2021, the world witnessed the birth of the first psychedelics SPAC—for better or for worse. 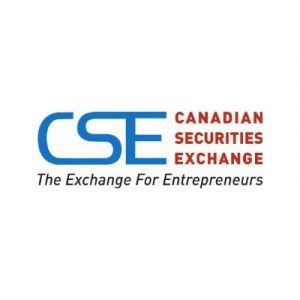 Many psychedelics operators, especially those engaged in ongoing operations involving psychoactive psychedelic compounds, remain relegated to Canadian exchanges like the TSX and CSE. While Canadian stock markets are less demanding in their approval requirements, they provide access to a much smaller overall pool of investors.

The psychedelics market isn’t some abstract, academic idea. Every day, people get up and go to work at real jobs in the psychedelics industry. They produce value, which is then transferred into liquidity their companies can use to boost valuation and achieve new heights of productivity.

Cannabis might still have psychedelics beat in terms of operational revenue, but psychedelics operators around the world aren’t waiting for the explicit go-ahead to start changing the world with mind medicines. In some cases, they already had the go-ahead from the start.

Some companies have already started producing and selling psychedelics in highly restricted settings. Health Canada has licensed Calgary-based operator Psygen, for instance, to produce psilocybin therapies. Other Canadian companies, including Vancouver’s Numinus, make money by producing psychedelics and selling them to other operators for research and development purposes.

Though not usually the recipients of major out-of-state investment, certain US states, cities, and districts have created markets for psilocybin by decriminalizing or outright legalizing it. Capital generated from legalized psilocybin usually remains restricted to local markets, but recreational psychedelics markets may merge with the industry’s therapeutic side in coming years. 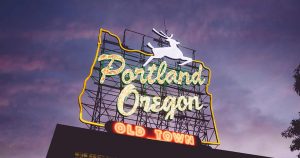 (Image: New clinics are starting up in Oregon)

Ketamine clinics abound throughout the United States and Canada since this substance was never made a Schedule I substance like LSD, psilocybin, and other popular psychedelics. Taking things a step further, operators like Synthesis, Novamind, and MycoMeditations have established psilocybin retreats and guided “psilocybin experience” facilities where attendees can encounter the benefits of magic mushrooms in rigidly controlled formats.

MycoMeditations is based in Jamaica, where psilocybin is not illegal. Psilocybin retreats have also popped up in Oregon and other parts of the United States where magic mushrooms have received the green light. It’s only a matter of time until these isolated or exiled therapeutic facilities find themselves under the ever-expanding umbrella of international psychedelics investment.

We can only imagine the outlandish inventions that might emerge as the psychedelics industry expands. Quite a few highly creative professionals are playing around with a remarkably large medley of mind-altering chemicals, after all.

While not a physical holding, psychedelic operators nonetheless consider IP a valuable acquisition. Patenting synthetic derivatives of natural psychedelics is one of the primary ways operators like Cybin, Field Trip, and Eleusis are seeking to carve out enduring niches in the emerging psychedelic therapy landscape.

Natural psychedelic substances have about the same investment appeal as generic drugs, so operators are hedging on their ability to develop new therapies using natural psychedelics. Some of these synthesized substances don’t even have psychoactive effects.

Why are investors buying into psychedelics?

Investors both large and small are pouring capital into the emerging psychedelics industry for a variety of reasons. On one extreme of the spectrum, you have starry-eyed idealists who might indulge in the substances they proselytize a little too liberally. On the other, you have soulless, circling venture capitalists who simply smell new blood in the water.

The average psychedelic investor is somewhere in-between. There are three main reasons the world is risking investment exposure to the still-unstable psychedelics market:

Existing therapies for depression, anxiety, PTSD, and other common psychiatric conditions are ineffective and often dangerous. More people are becoming aware of the suppressed history of psychedelic medications, and they question the legitimacy of existing regulatory standards for psychedelics.

People get excited whenever there’s a new economic sector to invest in that makes them feel better about themselves. Recognizing massive economic opportunity that dovetails nicely with ethical reform in the field of medicine, investors are pushing psychedelics forward as a Trojan Horse concealing both scandalous personal ambitions and surprisingly altruistic ideals.

Even though they simultaneously seek to reform Big Pharma’s mistakes in the field of mental health, many investors envision an eventual exit strategy that involves offloading their stake in psychedelics to major pharmaceutical operators. Right now, the psychedelics market is too risky for Big Pharma to make a move, but by developing this economic sector in the early phases, some VCs and private investors seek to pave the way for future Pharma investments.

The delicate web of psychedelics funding

Cultivated in controlled settings, psilocybe mushroom cultures become delicate webs of subtly interwoven spores. Disturbed or removed from its environment, a psilocybin culture will deteriorate and die, but left to spread out in the darkness, psilocybin mushrooms dominate their environment and bear abundant, life-changing spores.

Psychedelics have always thrived in cultural darkness. LSD had its start in counter-cultural revolution, and MDMA brought religious ecstasy to the underground rave scene of the ‘90s. Just because developments in the psychedelics industry aren’t particularly loud up here on the surface doesn’t mean they aren’t happening.

The psychedelics industry has everything on its side. There’s a pressing need for new psychotherapeutics. Psychedelic derivatives are profoundly effective against common intractable psychiatric conditions. Some synthesized psychedelics even appear to offer psychotherapeutic benefits despite being devoid of psychoactive properties.

For the first few minutes after you chew and swallow a psilocybin mushroom, you don’t feel anything. Then, your whole world changes. Any slowdown in the psychedelics market is simply the ebbing tide that precedes a massive tsunami. The world is about to have its mind blown by what psychedelics can do for psychopharmacology, and there’s certainly enough money being tossed around to get it done.