ST. PAUL, Minn.– For the first time, the Minnesota House of Representatives passed a bill legalizing recreational cannabis. The House voted 72-61 to approve the bill, but that’s as far as the bill will get: Republicans who control the Senate won’t take it up before Monday’s end of the legislative session.

“It can be done safely. We cannot stand back and hope it doesn’t happen here,” said House Majority Leader Ryan Winkler, the bill’s lead author. “The fact is, legalization is coming and it’s better to get in front of the issue,” in statements to Associated Press. 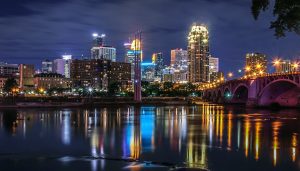 The bill allows Minnesotans age 21 and older to possess two ounces of the drug in public and have up to eight plants at home. It allows retail businesses to set up shop and creates a statewide regulatory structure. The measure taxes sales.

The bill backed by Democrats, and similar to many other states, expunges the criminal records of people convicted of marijuana crimes. DFL members said expungement would help reverse decades of putting a disproportionate number of Black Minnesotans in jail.

While the bill drew some Republican support, many GOP members blasted marijuana legalization as dangerous. They called it a waste of time because the state budget is not done.

“With just a few days left in session, here we are wasting our time on this marijuana bill that has no chance of becoming law,” House GOP Leader Kurt Daudt, R-Crown, said.

Senate Majority Leader Paul Gazelka said the bill has “no chance” in his chamber and told reporters Thursday that it would go “up in smoke.”

Across the U.S., 17 other states have legalized recreational marijuana for adults. Minnesota has a medical marijuana program, but it is among the nation’s most restrictive and has 34,000 active participants.

Republicans have said they’re open to expanding the medical marijuana program. A proposal to allow medical users to smoke the drug — a cheaper alternative than using oils — has gotten some traction this session, though it has not advanced to the governor’s desk.