MEXICO CITY–Mexico’s Supreme Court struck down laws which criminalized the recreational use of cannabis on Monday evening.

While this falls far short of full supply chain legalization, Adults will be able to apply for permits to grow and consume cannabis after this decision which moves country toward legalization.

Mexico United Against Crime, a non-governmental organization, said the decision “does not decriminalize the activities necessary to carry out consumption” such as production, possession and transportation of cannabis.

Regardless of the criticism, court president Arturo Zaldivar said “Today is a historic day for liberties,” after the decision was approved by eight of the 11 judges, according to AFP.

The ruling comes after Congress failed to enact legislation legalizing recreational cannabis use by an April 30 deadline set by the country’s highest court. The landmark bill was approved by the lower house in March but still needs final approval by the upper house, the Senate.

In April, the ruling majority in the Senate said it was considering postponing the final discussion of the law until September.. 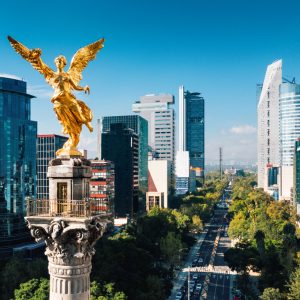 The ruling “leaves a legal vacuum with respect to the consumption, cultivation and distribution of cannabis,” it added, calling on Congress to issue the necessary legislation.

Veteran pot legalization activist Jorge Hernandez Tinajero, who is part of the Mexican Association of Cannabis Studies, was also skeptical about the announcement.

“They do not dare to go further,” he said, adding that recreational users still faced legal obstacles to possessing cannabis.

One consequence of the court ruling is that recreational users will be able to obtain a permit from national health regulator Cofepris more easily, said Adriana Muro, director of rights group Elementa.

“What had happened on previous occasions was that Cofepris denied those permits,” she told AFP.

“Now that permission has to be given automatically,” she added.

But that does not open the door to commercialization or personal possession of more than the five grams already allowed, said Francisco Burgoa, a constitutional lawyer and professor at the National Autonomous University of Mexico.

“Congress urgently needs to legislate, but I think that President Andres Manuel Lopez Obrador is not personally in favor,” he told AFP.

With 130 Million citizens, experts say the legal recreational market could be worth billions of dollars in Mexico. Indeed, authorities seized 244 tons of cannabis in 2020 and the Mexican government’s own statistics show drug-related violence claims thousands of lives each year in Mexico, which was once a prosperous country.

ACT Laboratories, Inc. Expands into Massachusetts with the Acquisition of CDX Analytics

LANSING, Mich., Sept. 28, 2022 ACT Laboratories, Inc. a testing company in the legal cannabis and hemp markets, today announced an agreement to acquire CDX Analytics, LLC ("CDX") of Massachusetts "ACT Labs is out to build the foremost, ...