Study: No Rise in Youth Cannabis Use Following Legalization

LOS ANGELES–The passing of both recreational or adult-use and medical cannabis legalization laws have not led to any uptick in youth consumption of cannabis, according to data published in the Journal of the American Medical Association.

Researchers analyzed data compiled from the Youth Risk Behavior Survey for the years 1993 to 2017.

Authors concluded, “Consistent with estimates from prior studies, there is little evidence that recreational cannabis laws or medical marijuana laws encourage youth marijuana use.” 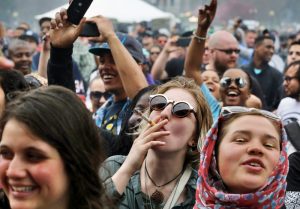 Already dozens of federal and state-specific surveys have failed to identify any independent link between the legalization of cannabis for either adult-use or medical purposes and any rise in the percentage of teens using it. Moreover, data published in 2019 in the journal JAMA Pediatrics reported that the enactment of laws regulating the use of cannabis by adults is associated with declines in self-reported marijuana use by young people.

Other data compiled by the US Centers for Disease Control has reported that the number of adolescents admitted to drug treatment programs for marijuana-related issues has fallen precipitously in states that have legalized and regulated the adult-use market.

Nora Volkow, Director of the US National Institute on Drug Abuse similarly acknowledged that statewide legalization laws have not led to an increase in the prevalence of adolescents consuming cannabis.

Full text of the study, “Association of marijuana legalization with marijuana use among US high school students, 1993-2019,” appears in JAMA Open Network. Additional information regarding cannabis and teen use patterns is available from the NORML fact sheet, ‘Marijuana Regulation and Teen Use Rates.’