LOS ANGELES–In a new survey from Gallup nearly half of U.S. adults say they’ve tried Cannabis. This increase in ever-tried levels is evident as more states move to green-light legislation legalizing it in recent months.

Polling data released by Gallup this week shows 49% of U.S. adults said they have tried cannabis, a new high-water mark in the survey giant’s research.

The company also said it’s also seen more consistency in recent years in the percentage of respondents who say they are currently smoking cannabis.

Only 12% of participants in the new poll said they “smoke cannabis.” The company said the percentage has hovered around the 11-13% range over the past few years even though the percentage of adults who say they smoke cigarettes has declined.

Gallup said they allowed for generational patterns uncovered in its polling, noting those 77 or older are significantly less likely to have said they’ve tried marijuana than younger respondents. 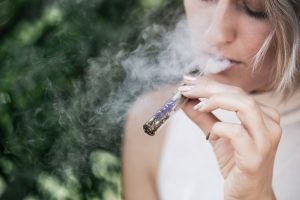 By contrast, 51% of millennials said they tried cannabis and 49% of Generation X’ers said the same, as did 50% of baby boomers.

Younger U.S. adults were also more likely to say they are consumers of cannabis.

The company also provided a closer look into other demographics, including a breakdown by gender, politics and education.

According to the new poll, 16% of male respondents said they smoke cannabis, compared to 9% of women.

Fifteen percent of Democratic-identifying respondents said they regularly use cannabis, while 7% of those identifying as Republican said the same.

The poll also found that the rate of cannabis consumption was higher among those who obtained a four-year college degree or less (14%) than those who had a postgraduate education (5%).

The poll was conducted between July 6-21 and has a random nationwide sample of 1,007 adults. The margin of sampling error is 4% points at the 95% confidence level.

TALLAHASSEE, Fla. - Trulieve Cannabis Corp. (CSE: TRUL) (OTCQX: TCNNF), the multi-state operator (MSO) in the United States, announced the opening of its 100th dispensary in the state of Florida. The location is in Tallahassee, ...

OTTAWA–HEXO Corp. (TSX: HEXO; NASDAQ: HEXO) today announced the departure of Sebastien St-Louis, Co-Founder and Chief Executive Officer, effective immediately, as the Company completes a strategic reorganization. "On behalf of the entire organization, I would ...