JARS Cannabis, a retailer active in Michigan and Arizona, currently holds a medical licence for the Ann Arbour location, but plans to offer recreational products by the end of the month.

The building was bombed in 1968 and three people, members of the White Panther Party, an anti-racist group, were charged in connection with the explosion. But the charges were later dropped after evidence of illegal wire-tapping emerged. 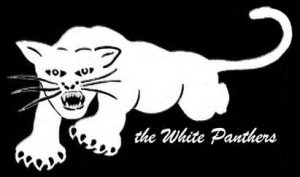 One of the members charged was activist and poet John Sinclair, who famously spent nearly three years in prison for giving two joints to an undercover police officer in 1969. 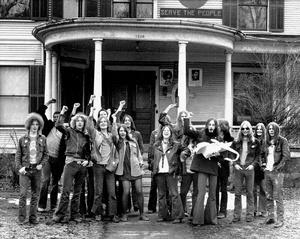 Sinclair’s experience inspired John Lennon to write a song in his name, which Lennon later performed at The John Sinclair Freedom Rally in Ann Arbor in 1971, the Ann Arbor Chronicle reported. Bob Seger and Stevie Wonder also performed at the event, as well as poet Allen Ginsberg.

The song, “John Sinclair,” is featured on Lennon’s 1972 album, Some Time in New York City.

A few months after the concert, Sinclair was released from prison when the state’s cannabis statutes were deemed unconstitutional by the Michigan Supreme Court. That decision, which temporarily lifted cannabis prohibition in the state, led to the creation of the annual Hash Bash, which takes place in Ann Arbour every April and focuses on reforming cannabis laws, from the state to the federal level. 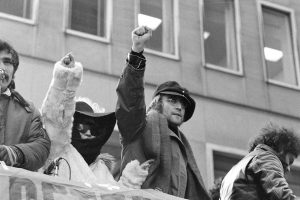 In 2019, Sinclair, then 78, became the first person in the state to make a legal cannabis purchase, according to Newsweek.

“We’re very happy to be in the city of Ann Arbor,” Raymond Abro, JARS chief operating officer, told MLive.com. “We’re not coming to Ann Arbor just to be a business; we’re here to be part of the community,” Abro added.

It’s not the only building in Michigan that’s shifted from security and law to cannabis operations. In April, cannabis company Evergrow LLC put in a bid to purchase the former Flint Police Training Academy, proposing a plan to convert the space into a commercial cannabis growing operation.