Can We Use CBD to Treat Symptoms Of Autism Spectrum Disorder?

NEW YORK–It’s known that Cannabidiol (CBD) and THC/CBD formulations are now being studied and used to better manage Autism symptoms. Autism, or Autism Spectrum Disorder (ASD), is a neurodevelopmental condition most commonly diagnosed during infancy, in which the child exhibits challenges in three core areas: social skills, repetitive behaviors, speech and non-verbal communication.

The prevalence of this disorder has been increasing steadily in the United States, with estimates made from 2018 data showing that 1 in 44 kids is diagnosed in the spectrum (1):

The disorder can be diagnosed at a very early age (2 years old), and it fundamentally varies in severity and clinical manifestations among other characteristics across gender, age, and socioeconomic status.

Autism parents deal with a myriad of daily challenges that may or not improve with time. Early intervention has been proven key to increase the chances of better outcomes in adulthood in these special needs’ population; however, there are no current drugs to treat the syndrome itself, as it is known there are environmental, genetic, dietary, and other factors that can affect the severity of this disorder.

Since 2009 there is scientific literature suggesting that CBD could be a single or add-on therapy for ASD. The review article we are highlighting today, titled “Cannabidiol for the treatment of autism spectrum disorder: hope or hype?”, was authored by a multidisciplinary team of Brazilian researchers, and complies pre-clinical and clinical data about this potential use (the article link for institutional access will be offered in the references list).

But how much information is there available today to understand if this is an option for individuals in the spectrum? Can we safely use CBD to treat some of the clinical manifestations of Autism, across gender and age? Is this a question we can safely answer today, or do we need more clinical trials data? And how can parents and physicians take this information to inform their decisions for caring for their special needs person/patient?

But first, a quick review of the endocannabinoid system:

The endocannabinoid system can be defined as a network formed by receptors, enzymes, proteins, ion channels, transporters, and endogenous cannabinoids (2) that are involved in the development of the central nervous system and in various cognitive and physiological processes. (3)

There are two main recognized receptors with distinct functions:

– CB1: distributed throughout the body (i.e., liver, fatty tissue, skin [3]) but primarily located in the central nervous system (3) (CNS), and

– CB2: primarily located in immune cells, and also in the microglia in CNS. (3,4)

– Anandamide, which is the word in Sanskrit for “supreme joy”, mainly located in brain tissue (4), and 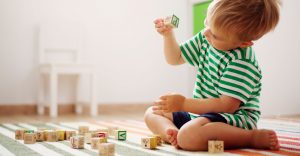 The endocannabinoid system and Autism:

Why would we care about the endocannabinoid system in persons with Autism Spectrum Disorder? Because this system regulates many functions that work differently in individuals with autism, as are cognition, memory, executive functions, and motivational processes; also, changes in immune cell function are also associated to the syndrome (2), and individuals in the spectrum can have immune system dysfunction throughout their lifetime. (5)

Per the authors, the endocannabinoid neurotransmission mediates social reward behaviors in animal groups (2); in persons with ASD there are impairments in social reward, which is a behavior regulated by CB1 receptors. The review states that an increase in in the endocannabinoid anandamide in areas of the brain with high concentration of this receptor improves social behavior (2).

CBD and its therapeutic potential in inflammatory and psychotic symptoms in Autism:

CBD is one of the widely known phytocannabinoids, but its mechanism of action in the human body is quite different from the psychoactive molecule, THC. It doesn’t produce the “high” feeling associated to THC consumption. CBD has been studied as a molecule with many anti-inflammatory and anti-psychotic properties. It is also known that CBD can activate the serotonin receptor (6), provoking anxiolytic, antidepressant, and pro-cognitive effects. CBD also has a role in reducing oxidative stress.

The endocannabinoid system with other phytocannabinoids can modulate a pathway associated with the emergence of psychosis. CBD has antipsychotic propertiesshared with clinically used drugs like aripiprazole. In patients with schizophrenia, the use of CBD was correlated to an increase of serum levels of one endocannabinoid, anandamide, as well as to reduction of psychotic symptoms. (2)

Researchers also have hypothesized a link (2) between the onset of behavioral symptoms of ASD and the chronic neuroinflammatory condition of the autistic brain. Microglia, the primary cells responsible for the immune responses in the CNS, and neuroinflammation could play a significant role in the pathology of ASD. Studies reviewed for the paper showed that autistic patients at different ages have increased pro-inflamatory cityokines in the brain and peripheral immune cells; however, it is unknown yet if the inflammation in the CNS triggers the syndrome, or whether this event is part of it. The study reports that CBD can prevent microglial activation, ultimately decreasing neuroinflammation (2), which in turn should improve many of the main behavioral symptoms of Autism.

More so, the authors report that in a previous review regarding the use of CBD in psychiatry for various psychiatric disorders, including ASD, the authors concluded that CBD is a potential candidate for the treatment of ASD. (2) 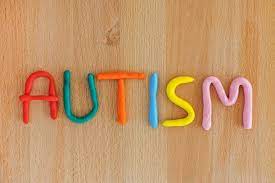 Cannabis Trials with CBD-enriched extract in patients with ASD:

The reviewers evaluated ten studies in which CBD extract was used in subjects in the spectrum:

Three were retrospective studies (one feasibility study, one case series abstract and one retrospective analysis), two were observational studies, there were two case reports, one prospective cohort study and two placebo-controlled trials (of which only one was randomized).

The study sample of the selected studies was very diverse; the overall mean age was about 11±2 years, with a couple of studies having a mean age of 7 years. The age range differ between studies, with most ranges being around 5-18 years.

The investigational product varied as well; CBD/THC ratios varied from 20:1 (the dose most found on the studies), to 75:1, 6:1 or 9:1. Some studies used CBD-Rich Cannabis, while others used cannabis oils, CBD/TCH extracts, purified CBD, whole plant extract, etc.

The reported outcomes varied, but most studies showed significant behavioral improvements in self injury, irritability, aggression, and hyperactivity; sleep problems and anxiety also showed improvement, as well as food acceptance and other sensory difficulties present in persons with Autism. One observational study reported an increase in expressive language in 22.5% of the sample, and two studies also reported improvement in focus and concentration.

As expected with any compound, there were some adverse events reported. The main side effects were sleep disturbances, irritability, and GI changes (including changes in appetite and cases of diarrhea). There was one psychosis episode reported in a retrospective feasibility study, and increased obsessive-compulsive behavior and mania in a retrospective analysis.

And what does this all mean? Can we safely use CBD in ASD?

The article titled “Cannabidiol for the treatment of autism spectrum disorder: hope or hype?” is an excellent review of the current scientific literature about the use of CBD in ASD. With the current data, we cannot make claims yet whether CBD can be effectively used to manage some of the symptoms of Autism, but at Axis Mundi we believe it can, as it all points out that it is the case. The problem currently faced here, however, is that there are many challenges when it comes to showing or proving the desired effect with data because we need more, better quality clinical trials, and clinical research in cannabis in extremely challenging, as the plant has numerous phenotypes with different concentration of cannabinoids and other compounds (like terpenes, flavonoids, etc.) that, combined with cannabinoids and other chemicals, can affect the net effect (entourage effect) we expect to see in a population, which can be a source of bias (confounding). This wonderful article on The Cannigma explains the cannabis research problem in more detail.

There are numerous reports of patients safely and effectively using cannabis to treat their symptoms, and we need that data reflected in clinical trial data. We need more, better designed clinical trials, and consistency is paramount to really understand how cannabis can help our special person. With consistency on product type, potency, sample type and size, measured outcomes, study design and in other elements of a clinical trial, we should and could answer this question sooner rather than later. We must not forget that every substance we take has an effect (or many) in our body, as well as our body transforms it into something else (this can be referred to as pharmacokinetics and pharmacodynamics, key in understanding the behavior of a drug in our bodies); in this population of autistic persons who may be in multiple therapies to treat a myriad of symptoms and behavioral problems, this is of utmost importance as well for safety.

There are other cannabinoids that could help in managing ASD symptoms as well. CBGA is one of them, but we need more clinical trials before making any claims, or even thinking about other hypotheses for other compounds.

How can doctors help ASD patients in their cannabis journey? A lot of education in cannabis, and a push for more well-designed clinical trials. Cannabis is a wonderful medicinal plant that, at Axis Mundi, we believe will revolutionize psychiatric and the overall healthcare environment we are currently in.

Do you have a CBD IP and are running (or looking to run) clinical trials? Get in touch with us! We look forward to serving you and the ASD population!

By Angerlyk Frytz, MD. Editor- we would like to thank Dr. Frytz for her sharing her research and opinions in this article. Dr. Angie Frytz is a medical doctor, a clinical research scientific consultant, scientist, and a Connecticut’s cannabis license applicant. You can reach her via her website at https://axismundicrc.com/, or via email at [email protected]