CHRISTIAN BORYS is a former journalist who spent half a decade in Ukraine before founding the creative agency Black Hawk.   He is the creator a Saint Javelin, a viral fundraising initiative for victims of Russia’s war against Ukrainians that has raised over $800,000 in two weeks.  The team at Highly Capitalized work with Ukrainian people in our team, so we reached out to Christian to create this article for our followers and subscribers to find out more about Saint Javelin.

The Story of Saint Javelin: By Christian Borys

Usually, I run a marketing agency called Black Hawk that works with cannabis companies.  We build a lot of websites. We do branding. We run influencer campaigns. Stuff like that.

Previously I’d worked at Shopify, and then I left Shopify to go into journalism, primarily focused on conflict.  For the last few years, my life has been pretty standard, suburban, small business. 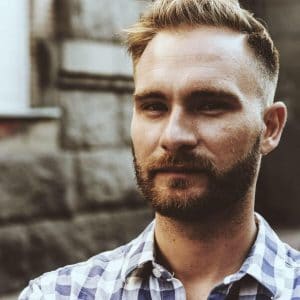 But in the last couple weeks, my life took an abrupt turn.In mid February, when Russia was at the end point in their preparations for their attack on Ukraine, I understood what was about to happen because of the friends and colleagues whom I’d worked with during my journalism career. In our group chats, we have some of the world’s top journalists, defense and political analysts whose lives are dedicated to tracking these sorts of things.

The defense analysts were sounding alarm bells as far back as October that Putin was about to wage war on Ukraine, but most of us just couldn’t wrap our heads around it.

It was so far out of the realm of what I could ever imagine that I genuinely can’t explain how crazy it all sounded. And I’ve seen war first hard, right up on the frontlines.   I’ve seen what artillery does to a building, to a home, to people. It’s devastatingly brutal.

I started to get drawn back towards my old life and I thought about the ways that I might be able to do something for the Ukrainian people.

And one story that will always stick out to me for the rest of my life was the time I spent with widows, widowers and children who had lost their fathers, and mothers at war. I spent several days with a specific group, listening to their stories as they broke down talking about the single most brutal moment in their lives, the loss of their most beloved person.

Their heartbreak was endless and I’ll never forget how their pain just emanated from them always.

I thought about them and I wanted to raise some money for that category of war victims. There are many categories of war victims. There are the KIA’s, the wounded, the critically wounded, the refugees, the internally displaced, the widows, the kids, people whose housing was destroyed, stunted growth years, devastated business, etc. It’s endless. War is horrible for everyone.

So I took a stupid meme that a friend had sent me called Saint Javelin, and I set up a website to sell the sticker for $10 and donate all the money to that group. That was 2 weeks ago and to date, we’ve raised $750,000. People are sending nice messages congratulating what we’ve been able to raise but it’s such a drop in the bucket of what Ukraine actually needs that it’s meaningless to me.  Ukraine will need billions upon billions and decades to recover from this entirely senseless war.

I wish you could have seen Kyiv right before this, it was just becoming a truly world class city. Ukrainians were starting to get noticed globally for their fashion, their architecture, their design, their skills, and the future looked so fucking bright for Ukraine.

And then Putin destroyed it because he believes that Ukrainians should suffer in the same way that Russians do, unable to dictate their own destiny and future.

That’s why he’s destroying an entire country, that’s how simple and stupid it is.  And what are the repercussions right now? Early estimates are that 1 million people have fled or are in the midst of fleeing Ukraine.

On Thursday through Monday, I sat in my living room, on my laptop and phone, trying to help coordinate evacuations for friends and strangers in Ukraine because my father lives in a small town called Przemysl in Poland. It is the main border entry point for people coming from Western Ukraine into Poland and he has a hotel, and apartments there.

When the bombing started, I put out a message on twitter and facebook that we had space to bring people if they could make it to the border. Right away, I was flooded with heartbreaking messages of people who were deciding to leave their lives behind and escape with their young children. They were desperate for anywhere to stay. My dad started to take as many as he could, but Przemysl was overwhelmed almost immediately. 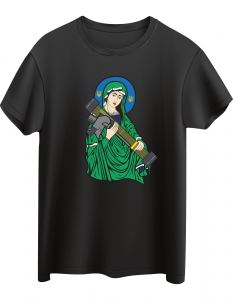 And these are people who had normal lives on Thursday morning. They went to work, they did groceries, they went shopping, they turned on Netflix…and they waited by their phones for what was about to come next.

Friday morning, early morning Kyiv time, Putin declared a “special military campaign” and began to try to destroy everything they had ever known.

Now, my father sends me pictures and videos everyday. He called me crying 4 times on Friday and Saturday because we coordinated evacuations to Przemysl for some children of Ukrainian soldiers, and they stayed with him. He said they were telling him, ‘we miss Daddy, where is Daddy?’ and it broke him inside.

He picked up more on Sunday and had to wait helplessly on the Polish side of the border as the kids slept inside the border post office, while their mother processed paperwork inside for hours. The thing that most people don’t realize is that escaping the violence is one thing, but then war causes endless, soul crushing bureaucracy that only reminds you of everything you’ve lost.

I wrote about that from Eastern Ukraine in 2017 for Al Jazeera (https://www.aljazeera.com/features/2017/2/5/losing-everything-in-avdiivka) You’ve got to document everything, explain what you’ve lost, try to get help from the government, try to register in your new home country, find food, find help, and that’s just the start. Then you have to start to think about what the hell happens now.

What do you do when you’re 40, you have 2 young kids, and you just fled the only home you’ve ever known into a country where you don’t speak the language? How do you restart? What do you do? How do you make money tomorrow to feed and house your family?The number of refugees is expected to hit 5-6 million, and I think that’s low because many, many young people will simply give up on the prospect of reviving normal life and eventually move to Europe the longer this continues.

I’ve crossed the border in Przemysl over 100 times and usually, the longest wait would be 1 hour. Now the border lineup stretches back 50km, with people abandoning their cars and simply walking to the safety of Poland. One journalist friend told me he walked 18km and it took two days for him to get across. I’ve heard that it’s more like 3 days now.

And that’s just one part of this. Here’s more things that I have dealt with in the past few days.

My friend Roman, an incredible videographer and journalist that I worked with for VICE asked me if I could help him find a place to live in Lviv because he had to leave Kyiv with his wife (another great journalist) and their two young children. Roman is from Donetsk, the city in Eastern Ukraine that Russia destroyed and annexed for its own “separatist republic” in 2014. His wife is from Crimea. In the last 8 years, Russia has forced them to leave TWO of their homes. Roman’s father, who was quite pro Russian even after his city of Donetsk was lost to Russia, is now on the streets patrolling checkpoints for Ukrainian territorial defence because as Roman told me “He has become the most patriotic Ukrainian ever. Nothing has united Ukrainians like Putin. Everyone has one goal, defeat Russia together” 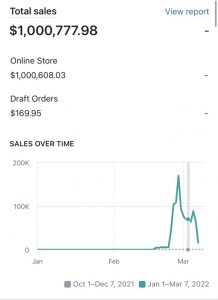 Our exceptional designer Eugene who lives in Ukraine was forced into bomb shelters so often that he escaped into a rural village near his city. Our team in Kharkiv, in Eastern Ukraine, did not believe any of this was possible at all on Thursday morning when I talked to them. Quite literally impossible that Russia, their neighbors, would attack them.

Today they all left the city because Russia has begun its campaign of terror against civilians by indiscriminately shelling Ukrainian cities. Why? Because Russia is losing and now they want to enact pain, punishment and terror on the Ukrainian civilian population to try to force capitulation.  My friend Anton, an exceptional photographer who routinely shoots for the Globe and Mail, messaged me to ask if I could help his wife Lisa find a place to stay in Poland after she evacuates Ukraine this weekend.

I helped an ex-girlfriend find a route in Ukraine and find a place to stay in Berlin.

She just messaged me to ask if I knew anyway that a family member could be evacuated from a city in Eastern Ukraine called Mariupol. I messaged a group of journalists to see if there was any way, but they said it’s impossible, the city is cut off and is being shelled relentlessly.

Apart from that, the rest of my time is spent trying to organize and coordinate large aid shipments of things like IFAK’s, tourniquets, bulletproof vests, kevlar helmets, and anything else that will keep alive.

Last week, at this time, Ukraine was an incredible place to live.  And right now, it’s become a horrifying disaster all because of a bunch of paranoid thugs in Russia.

And those thugs have also now destroyed their own country.