Is Lab-Made THC The Future Of Cannabis?

HCN INVESTIGATES: Is Cannabis sativa the only source of cannabinoids? Learn why industry experts expect recombinant cannabinoids to come to the fore over the next few years. Photo: Technician handling a variety of cannabis vape cartridges and batteries in a laboratory.

PART I: The Rise of Synthesized Cannabinoids—Why Lab-Made THC And CBD Are the Future

In 2018, pharmaceutical manufacturer Noramco shocked the world by publicly announcing its ongoing efforts to synthesize cannabinoids on a mass scale. More commonly known as one of the largest global producers of controlled substances like codeine and oxycodone, this announcement by Noramco indicated that Big Pharma was rekindling its interest in pharmaceutical-grade, synthesized forms of popular cannabinoids like THC and CBD.

Is it possible to synthesize cannabinoids, and if so, how soon can we expect synthesized analogs of popular cannabinoids to arrive on the market? The answers to these questions might surprise you—learn more about the status of synthesized cannabinoid research and production in 2020 and beyond.

Cannabinoids can only come from cannabis: fact or fiction?

What, exactly, is a cannabinoid? This term originated in the 1940s as researchers attempted the first scientific classification of the various oils expressed by mature Cannabis sativa flowers.

Along with flavonoids and terpenes, which are also found in many other plant species, early cannabis researchers also came across unique compounds that were not found in any other plants. These compounds were named “cannabinoids” since they were found solely in Cannabis sativa.

Since then, further research has been conducted to determine if cannabinoids exist anywhere else in nature. A 2010 study, for instance, found that many substances in other plants mimic the effects of cannabinoids, but they are not structurally identical. So far, research has confirmed that Cannabis sativa is the only source of natural cannabinoids.

Starting in 1981 with the approval of nabilone as a pharmaceutical drug, however, the pharmaceutical industry has taken a more man-made approach to sourcing cannabinoids outside Cannabis sativa. Nabilone is a fully synthetic form of tetrahydrocannabinol (THC), and it has been followed by other synthetic THC analogs such as dronabinol (Marinol).

Pharmaceutical forms of synthetic THC never reached the level of popularity that their stakeholders expected in part due to increased access to the genuine article. Medical cannabis became widely available starting in the late 1990s and 2000s, and in the last decade, recreational marijuana use has been legalized in many American states. Despite major setbacks, pharmaceutical interests and even small-time entrepreneurs remain confident in the potential of synthesized cannabinoids based on the recent popularity surge of CBD and recreational cannabis. 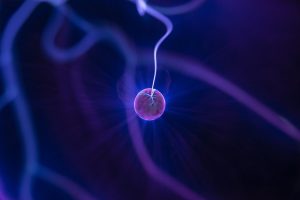 Photo: Synthesized cannabinoids are coming to the fore—but are they beneficial or dangerous?

Synthesized cannabinoids are coming to the fore—but are they beneficial or dangerous? Pharma giant Noramco isn’t the only player eyeing the potential profits of the synthesized cannabinoid industry. British pharmaceutical giant Johnson Matthey claims that it developed its own method of synthesizing cannabidiol in 2017 and can now produce synthetic CBD by the metric ton. Before major manufacturers can capitalize on the popularity of CBD and marijuana with synthesized alternatives, however, they’ll need to overcome the social stigma that has emerged surrounding “synthetic cannabinoids.”

In recent years, synthetic marijuana products sold under brand names like “Spice” and “K2” have flooded the market. These products contain lab-made chemicals like JWH-018, JWH-250, and AM-2233, and they are advertised as producing effects similar to THC. However, these substances are not true cannabinoids, and they can have severe adverse effects.

At present, the general public is far more likely to associate the term “synthetic cannabinoids” with Spice or K2, which poses a significant marketing hurdle for pharmaceutical manufacturers that want to take their synthesized THC and CBD products into the mainstream. Perhaps that’s part of the reason that, in the interim, smaller players have started to make moves to preemptively monopolize this emerging industry.

Hyasynth Bio, for instance, is a Canadian company that claims to be in the late stages of perfecting the process of deriving CBD from genetically-modified yeast. So far, Hyasynth has received more than $12 million in startup capital with the majority of these funds coming from Organigram, one of Canada’s largest medical and recreational cannabis producers. If the prospect of deriving cannabinoids from yeast sounds far-fetched, you should know that a 2019 UC Berkeley study found that producing both THC and CBD from GMO yeast was entirely feasible.

It doesn’t appear that Hyasynth Bio or any of their competitors have brought yeast-derived CBD to market yet, but it’s only a matter of time. Despite widespread concerns over the safety of genetically-modified substances, the CBD and THC Berkeley scientists created from yeast appear to be bioidentical to genuine cannabinoids, making them much more desirable than the fully-synthetic alternatives that are currently available from major pharmaceutical producers.

While yeast-derived cannabinoids might become a force to be reckoned with over the next few years, another cannabinoid synthesis method has already emerged into the consumer market. The footprint of this fledgling industry remains small, but two separate companies have both determined how to reconstruct cannabinoids from terpenes at mass-production scales.

First, we have SourcePure CBD, which is a subsidiary of the major nutraceutical player Source Naturals. This company claims to derive CBD from orange peels (which contain terpenes) but does not provide any further information on its proprietary processes.

The only other producer of terpene-based cannabinoids we could find was Citrus CBD, a Portland-based company that receives its raw material from PureForm Global, which has facilities both in the US and the UK. Citrus CBD was forthcoming regarding its methods and products, and according to founder George Wolters, his citrus-derived cannabidiol is produced with a process called “cyclic terpene assembly (CTA).”

George went on to say that independent lab tests have “confirmed that Citrus CBD products are 100% bioidentical with hemp-derived CBD” and that he has “successfully cleared customs in the UK, Japan, Australia, and a bunch of other countries.” When asked about the selling points of terpene-derived CBD, he told us that “limonene-derived CBD is more pure and more reliable than hemp-derived CBD while offering the same benefits.”

An industry contact who works as Chief Science Officer at a notable cannabis analytics company but wished to remain anonymous told us that “recombinantly made cannabinoids would be the same chemicals as those inherently made by the cannabis plant,” and that “without a marker to follow, they would appear identical in chromatograms.” This seemingly confirms George Wolters’ statement that his citrus-derived CBD is bioidentical to cannabis-derived cannabidiol.

When asked if synthesized cannabinoids will become more popular in the near future, our contact replied that “recombinantly produced cannabinoids will increase in the marketplace because they will be cheaper to produce while not requiring large infrastructure such as land, greenhouses, indoor growths, water, and lighting.” She believes that “recombinant cannabinoids that are produced in a highly controlled environment like pharmaceutical drugs offer lower overhead, superior quality control, removal of risk from residual pesticides, heavy metals, mycotoxins, and microbial bioburden.”

According to our contact, the safety of synthesized cannabinoids is “inherent across whichever organism is chosen for production” whether the source organisms are “bacterial, yeast, insect cell lines, or plant cell lines.” In the end, she believes that cost will be the determining factor as Big Pharma and other players enter the synthesized cannabinoid game. She thinks that a few relevant factors include the “cost to grow the recombinant cell lines, the cost to separate the recombinant cannabinoids from the host, the risk level for potential antigenic reactions in the human, and any potential modifications made by the host organism.”

Check in next week with the second part of our investigative report on synthesized cannabinoids and the role they may play in the future of the cannabis industry.

LAVAL, QC - Neptune Wellness Solutions Inc. (NASDAQ: NEPT) today announced a revision to its previously announced revenue range on November 15, 2022 for the fiscal second quarter 2023 from US$12.5 to $13.5 million to ...