SACRAMENTO– A bill attempting to permit advertising cannabis on billboards in California, was vetoed by Gov. Gavin Newsom last Friday. The bill would have allowed cannabis products to be advertised on freeway billboards in most of California.

The bill aimed to permit cannabis ads on billboards along interstate freeways and state highways that cross state borders, except within 15 miles of another state.

Assemblyman Bill Quirk (D-Union City) said his bill was necessary to help the state’s legal cannabis industry, which has struggled in the face of high taxes and bans on dispensaries by most cities. 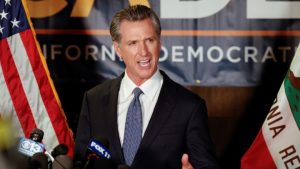 Under prior regulations, billboard advertising was only prohibited along highways within a 15-mile radius of the state border.

A date for when the existing billboards will be taken down has yet to be set, according to Bureau of Cannabis Control spokesperson Alex Traverso.