DENVER–International law firm Clark Hill PLC announced last-week that the firm has expanded its Cannabis Industry Group with the addition of eight attorneys and a team of paralegals and support staff from Denver-based, leading cannabis law firm, Hoban Law Group (HLG), including president and founder Robert Hoban who joins Clark Hill as a Member, Member-in-Charge of Clark Hill’s new Denver Office, and the Co-Leader of its Cannabis Industry Group. The team will reside in the firm’s new Denver office, formerly the offices of HLG. The addition of this office brings Clark Hill’s global footprint to 26 offices.

“The cannabis industry is an area of strategic focus for Clark Hill and HLG is globally recognized as one of the top cannabis law firms,” said John Hensien, CEO of Clark Hill. “The team’s depth of experience in helping cannabis-related businesses navigate the regulatory, transactional, and litigation landscape will provide a deeper bench for Clark Hill’s Cannabis Industry Group, and the team will also be a tremendous asset to our clients across the board in other areas of practice.”

The cannabis industry is becoming increasingly complex as the needle moves closer and closer to federal legalization. Over the last 12 months, there has been a flurry of mergers and acquisitions in the cannabis sector, and as the industry consolidates, a sign of maturation, operators will demand increasingly sophisticated legal and advisory services. 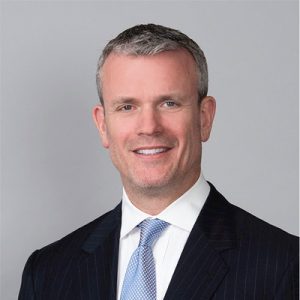 Over the past decade, HLG has served both the regulated marijuana industry and the industrial hemp industry in the United States and around the globe. Through this merger, and under the visionary leadership of Hoban and Zagzebski, Clark Hill’s Cannabis Industry Group is poised to be the nation’s leading cannabis law practice.

In March of 2021, Corporate attorney, Sander Zagzebski joined Clark Hill’s Cannabis team at the Los Angeles office. Zagzebski has broad experience as both a transactional and corporate/securities lawyer representing clients across a range of industries. Together, Hoban and Zagzebski will lead Clark Hill’s Cannabis Industry Group, which represents growers, processors, caregivers, transporters, lenders, investors, and other cannabis-industry clients on issues ranging from banking and finance, government relations and legislative advocacy, taxation, and business formation, investments, and governance issues.

They are both pioneers in the cannabis legal space who recognize what is on the horizon for the industry in the U.S. and abroad. Under their guidance, Clark Hill’s Cannabis Industry Group will be positioned to provide robust, multidisciplinary legal and advisory services to both the movers and shakers of the industry today, as well as enterprise organizations who have been waiting on the sidelines for federal reform but are now preparing for entrance.

“The cannabis industry is poised for sweeping changes and Clark Hill’s global, full-service capabilities will enable us to provide a more comprehensive lineup of services for both U.S. and international clients,” said Robert Hoban. With the anticipated passage of the ‘SAFE Banking Act’ followed by potential federal legalization of cannabis, the industry is moving at lightning speed, and Clark Hill stands alone in its ability to provide the experienced counsel and depth of legal resources necessary to deliver a higher level of service to an increasingly sophisticated and complex industry.”

Zagzebski commented, “The multibillion-dollar cannabis industry continues to rapidly evolve, and its leading players are relying on the experience of lawyers and law firms that both have a deep understanding of the business of cannabis and the history of the industry, as well as the depth of resources and skill sets of a large, multidisciplinary firm. The combination of the Hoban team with our existing group at Clark Hill will give us one of the leading industry practice groups in the country with an enviable balance of cutting-edge legal skills and cannabis business insight and know how, which we hope will give our clients an edge in the extremely competitive, rapidly evolving cannabis marketplace.” 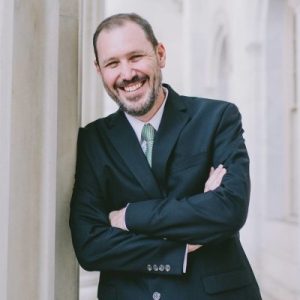 Hoban has been an influential force behind U.S. and global cannabis policy development and has played a large part in the commercial success of the marijuana industry and the nascent hemp industry through his counsel, leadership, and mix of legal and business strategies over the past twelve plus years. Since the cannabis industry became commercialized, he has been widely credited with creating the class of lawyers now known as “cannabis attorneys.” He has been named a “Cannabis Law Trailblazer” by The National Law Journal and HLG’s practice was named one of the leading cannabis practices in the U.S. by Chambers USA 2021.

Hoban has earned a reputation as a cannabis industry dealmaker representing start-ups, entrepreneurs, and companies in all stages of development. He is regularly involved in assembling and structuring large-scale cannabis industry M&A transactions, with a depth of experience in international cannabis transactions.