WEST PALM BEACH, Fla.,–The United States military can only hold on to its’ service members for so long before they go in their own directions.

Even the most esteemed General Officers need to find a life after the military. (main picture: Dale Hewett) 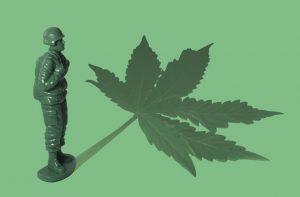 According to numbers directly from the Department of Veterans Affairs, there are currently 7.8 million Gulf War era veterans (1990 – current) alive today.

It’s a scary transition leaving the military and looking to start a life in the civilian sector. Everything you know, everything, will become different – and you know it.

Most veterans seems to struggle in the transition from a warfighter to a civilian. The Bureau of Labor Statistics shows that a staggering 7.3% of these veterans are unemployed, as of 2020. To put that into perspective, that’s 569,400 veterans that are currently jobless. This is the size of some major cities.

There are several reasons for this, however, one thing that the transition process out of the military does not cover is the fact that veterans make the best entrepreneurs.

Dale Hewett, ex Army Captain, underwent the transition process in 2014 after experiencing a spinal cord injury while on active duty.

“They spend a lot of time helping you build a resume, helping you figure out which career fields you might enjoy most, and making sure you have access to some job recruiters. What they don’t spend any time on is showing you that your training in the military directly translates to training for entrepreneurship in the business sector, too,” says Hewett.

Since being out of the Army, Hewett founded a company that encompasses an online CBD store. His organization, New Phase Blends, focuses on creating products that offer synergy through the form of hemp-based products, and other natural compounds that are proven to offer relief. They are known most for their patent-pending sleep aid which uses different cannabinoids and melatonin for use as a sleep aid. 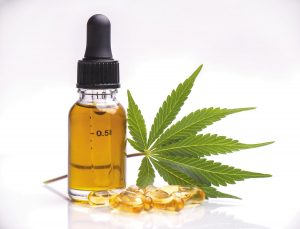 A lot of the values and experiences that our service members have directly correlate to developing, and running, a business.

For example, it’s no secret our service members (regardless of their rank) have some of the best leadership skills out of any sector on the planet.

“The military revolves around leadership management, and is heavily focused around developing a great sense of team work. It’s the individual teams, working together, that run any organization of any level. That never changes,” says Hewett.

Hewett claims, “Duty, respect, selflessness, integrity, personal courage – these all directly translate to essential traits for being an effective leader. Most successful start ups are successful not because of a good idea, but because of outstanding leadership that makes that idea come to fruition.”

There’s also a ton of resources available to veterans that offer aid in the form of extremely lucrative, low-interest rate loans, and even grants from the Small Business Administration and VA.

Veterans should begin to consider more heavily that they don’t need to fall in line under some other company when they separate. They possess a particular set of skills that sets them up for success as an entrepreneur.

After all, the United States is one of the best places on earth for entrepreneurs to flourish. The country would only benefit from having more of its veterans head the organizations it is home to.

San Francisco, CA - Cannabis entrepreneurs and brands from coast to coast have joined forces to create the Cannabis Media Council, an organization that will tap the power of mainstream media to drive education and ...

Global Cannabis Infused Beauty Products Market Size Worth 8.86 Billion by 2030 at a 5.5% CAGR