HCN Exclusive: What do ‘Weed’ and Blockchain Have in Common? By Alex Popoff & Brett Puffenbarger

The only difference between the two legally is that “hemp” must contain less than .3% THC (tetrahydrocannabinol, the part of the plant that causes a “high” or intoxication) whereas “cannabis” normally refers to anything above that limit and sold within the state level regulated markets. 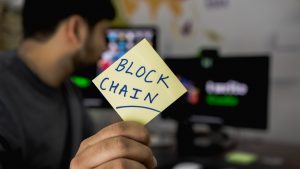 In short: all hemp is scientifically cannabis, but the legal definitions are where there is variability.  For the purposes of this article, we will be using the term cannabis to refer to the plants above .3% THC and Hemp to refer to the ones below that threshold. The main reason for making a distinction is that since the passage of the 2018 Farm Bill hemp is a federally legal substance, whereas cannabis is not. This distinction plays heavily into the financial portions of the blockchain ecosystem. 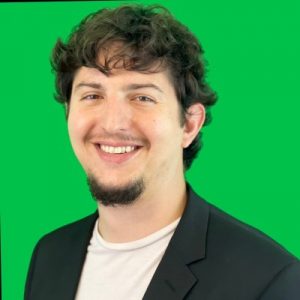 (Image: Alex Popoff, the co-author of this article)

Hemp is often grown for CBD (Cannabidiol, non-intoxicating) content; it can also be grown for smokable flower. Hemp is also being explored for numerous industrial applications from fiber to fuel, construction materials to medicine, and a ton of other things in between.  Hemp is renewable and sustainable and not only accumulates toxins and waste in the air, but it fixes carbon into the soil from the atmosphere too.

Medical Cannabis is effective for several conditions and has even received FDA approval for the cannabis plant’s natural and synthetic derivatives. (Commissioner, 2021) Anecdotally and through smaller studies, it helps millions worldwide who suffer from cancer, chronic pain, M.S., ALS, PTSD, and other severe illnesses and symptoms. Yet, with few exceptions, the plant is considered harmful, medically worthless, a schedule I drug alongside heroin and PCP. 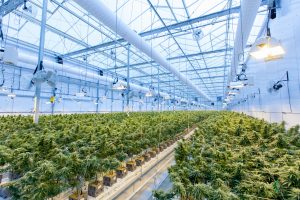 Both Hemp and Cannabis have applications that tie in with blockchain.

So what is blockchain? Luke Conway at Investopedia stated:

Blockchain goes much past this definition; there are also major use cases besides simply storing ledgers indefinitely. In actuality, blockchain is a foundational technology akin to the internet that provides unique use cases through various transformational technologies (think along the lines of email, social media, or E-commerce) Blockchain is enabling advancements in logistics and fintech that are moving at an exponential rate thanks to its various transformational offshoots.

According to Multichain Ventures founder and CEO Michael Wagner, “Blockchain is a technology that allows for greater security, more transparency, and a revolutionary level of compliance that was otherwise impossible prior to its invention.”

First came Bitcoin, a cryptocurrency based on the blockchain, then expanded uses of the blockchain. Later we saw “smart contracts,” allowing for financing options utilizing A.I. and cryptocurrencies. Now we are seeing additional uses of the technology like DAOs (Decentralized Autonomous Organizations), NFTs (Non-Fungible Tokens), and additional use cases for decentralized ledgers. 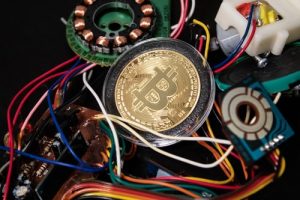 So, how are they similar?

They are similar because they are both misunderstood. Both Cannabis and blockchain are often subject to oversimplification and less than scientific or fact-based opinions. And, while blockchain remains much less regulated than Cannabis, it is, in fact, illegal in some parts of the world. Countries like China, Russia, and Vietnam have “said no.” 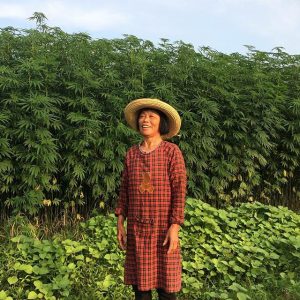 China strictly prohibits the farming and use of any cannabis, too. Yet, both industries seem to be growing exponentially within China. Ironically, China is one of the world’s top producers of hemp, and its government is trying to create its own version of controlled blockchain and crypto. Both Cannabis and crypto seem to be caught in ironic situations such as this one in China.

How else can they tie in together?

Blockchain is not widely used yet, but this will change just as the internet was once something people did not understand or plan on using. In the case of cannabis, it is as simple as one of those line drawings from kindergarten where you circle things from two different lists and link them together. Ledger technology does what current seed-to-sale tracking does, but better. Smart contracts fill the void normally occupied by middlemen and brokers, only without the human error or greed factors. Cryptocurrencies are tackling the “cash only”  problem of the cannabis market and allowing for a more secure form of payment in the hemp space.

Additionally, due to the current legal issues with Cannabis, most of the industry exists within state “silos” or vacuums, lacking central banking access. This is due to federal illegality in the U.S. and most countries.

“Cannabis operators work in a precarious situation when it comes to the ‘cash only’ situation currently common across all US states with legalized markets,” Says Michael Wagner of Multichain Ventures. “The cash-only model is not only a potential catalyst for fraud but it can be downright dangerous for companies to be handling so much cash. We worked very closely with the state of Nevada to come up with a solution that allows marijuana-related businesses in the state to reduce their need for cash handling while also being compliant with banking regulations. That solution comes in the form of a closed-loop financial ecosystem utilizing a stable coin cryptocurrency.” 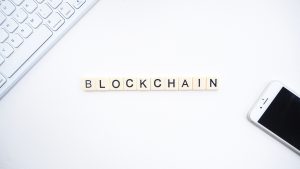 Cryptocurrencies operating on the blockchain can offer a way for states to regulate and monitor legal cannabis activity without more directly skirting federal laws. Past that, blockchains already open the door to banks and similar fintech institutions to offer solutions with state backing. This answers supply and banking issues plaguing Cannabis. What is critical to know, too, is that, even with the federal legalization of Cannabis, crypto can and will be adopted in the U.S. and internationally to fulfill numerous banking needs. Cannabis does not need to remain illegal or “unbanked” to benefit from blockchain or crypto.

Perhaps the stigma and irrational viewpoints exist because Cannabis has been illegal for the past 84 years in the United States and remains illegal in most countries. Cannabis, besides hemp (<.3% THC), is still federally illegal in the U.S., Even though most U.S. states allow for several forms of Cannabis to be recommended by a doctor or purchased by adults.

For blockchain, the misunderstandings and lack of widespread adoption are likely because of the same reasons the internet and cell phones took time to spread. People take time to “warm up” to certain types of technology. 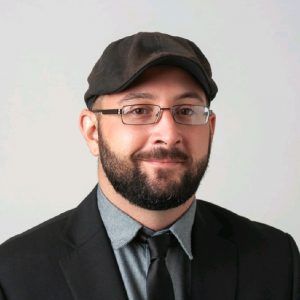 (Image: Brett Puffenbarger, the co-author of this article)

Blockchain was unheard of one decade ago; now Bitcoin alone is worth over $617B total, and +$31k per coin. You probably can’t turn on the news without seeing something about blockchain, crypto, or Cannabis these days. We do not anticipate the trend to end anytime soon. Further, We think we will see them side-by-side working together for many of the reasons listed above. 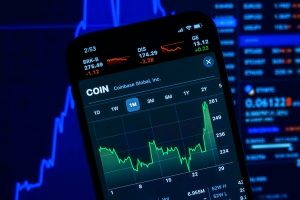 We anticipate both terms to become household words — in this decade. We aren’t talking about the way they currently are either, we are talking about specific instances where blockchain and cannabis are challenging and changing the very foundations of modern Western society.

What do you think? 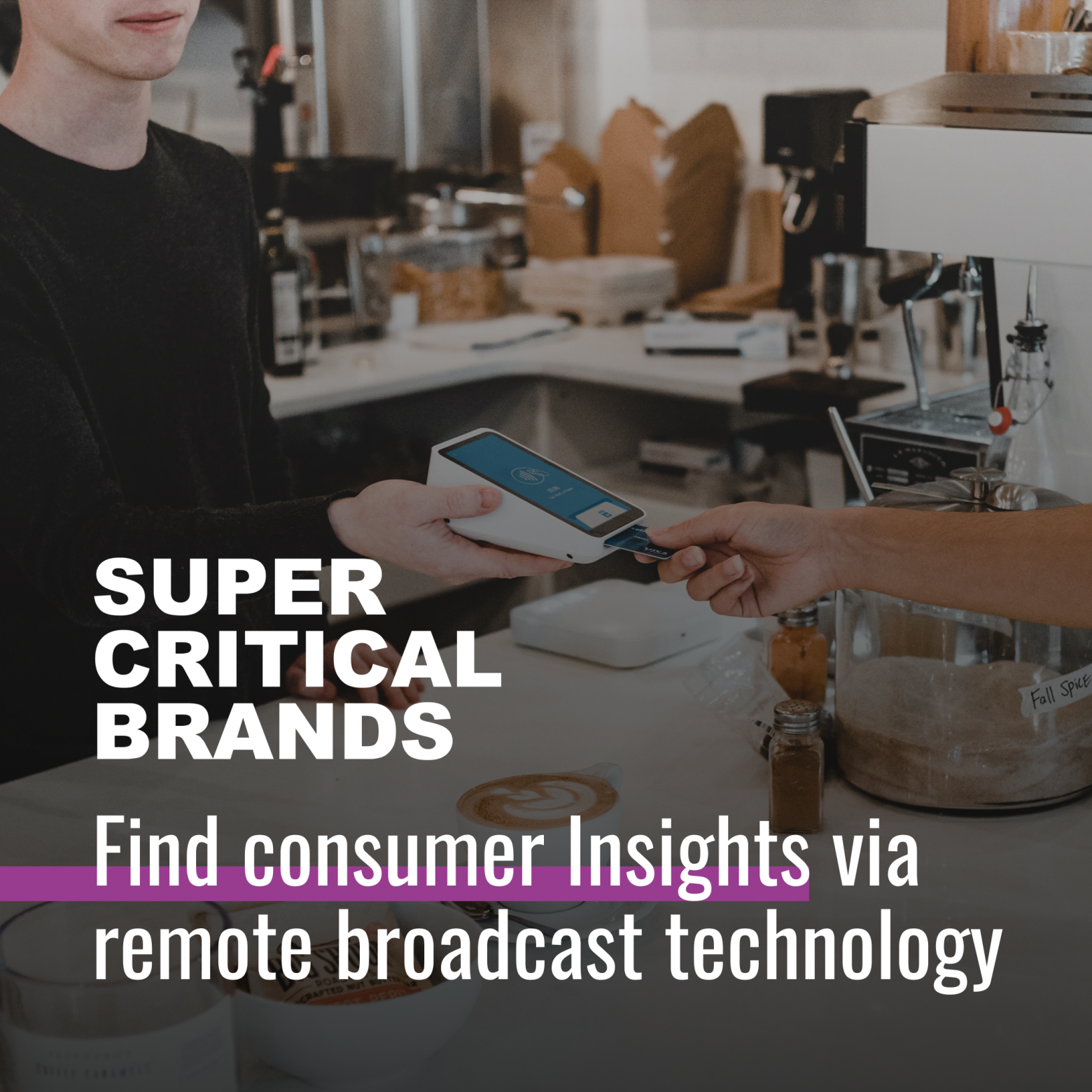